One thing that can be said about Dubai with definite certainty is the city’s commitment to pandering to different cultures. Perhaps one of the most cosmopolitan cities in the Middle East, Dubai boasts of a foreigner population made up of more then 1.2 million people.
While preserving its Arabic sensibilities, Dubai is a trifle more lenient with the dress, alcohol consumption and religious laws. Travelers coming for a bit of sightseeing in Dubai need to note that the only places where alcohol can be consumed are the hotels in Dubai, which house almost all of the nightclubs and pubs and a select few bars around town.
The racecourses are a different matter though, with the government granting a special permit for alcohol consumption last year when the Dubai World Cup coincided with the Prophet’s birthday. 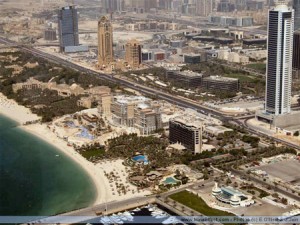 Some really great places you can quench your thirsty palate during your Dubai City Tours are at the Atlantis, Carter’s (which happens to have an oxygen bar as well), Hard Rock Café, the Irish Village, Trilogy at the Madinat Al Jumeirah and the aircrew favorite Zinc.

Besides these party spots, you could request your Dubai Tour Packages to include a Dhow Cruise in Dubai or book an Italian opera extravaganza. Puccini’s La Boheme and the Nutcracker Ballet are two productions that feature in the event list for the coming months.
You can even take out children for shows like the Jack and the Beanstalk show and the Magical Music of Walt Disney children’s show. Why should they miss out on all the fun.
Contact Dadabhai Travels for a booking and Dubai car rentalarrangement for any of these activities.
Image Courtesy: Flickr
POSTED BY CASEY ANDREWS