Skip to primary content
Skip to secondary content
Being an Islamic city-state, Dubai has an impressive number of mosques, each seemingly grander than the next. Of the 188 mosques constructed in the city, there are two worth mentioning- the Grand Mosque and the Jumeirah Mosque.

Dubai City toursalmost always include a glimpse or a stopover at these mosques and for admirers of Islamic and Arabian art and aesthetics, they are a breath-taking sight. 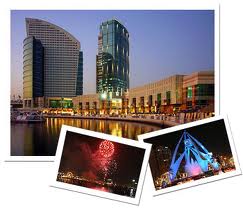 Hotel. Nearly a century old and possessing the largest minarets (towers) in Dubai, Persian aesthetics dominate in the layout and styling of this mosque. Unfortunately, tours to the interiors of the mosque are off limits to non-Muslims.

The Jumeirah Mosque on the other hand, is open for touring and photography. It is counted among some of the best places to experience on Dubai City tours.
Located near Jumeirah beach, the medieval-modern mosque dominates the coastal skyline and is a favorite among photographers, especially for its sunset and night captures.
Besides these notable edifices, elsewhere in the UAE there are some more awe-inspiring mosques. The Sheikh Zayed Grand Mosque is undoubtedly the most famous among these with its exceptional artistry, sculptures and soaring ceilings. You could take a Dubai car rental for a short trip to the neighboring emirate to view this beautiful creation.
For special Dubai tour packages that include heritage architecture and sights like mosques, museums and palaces, make sure you hire an established Dubai travel company. You cannot afford to have a guide who is not well versed with the sights you are visiting.
Jumeirah Mosque photo by atomicjeep
POSTED BY CASEY ANDREWS